All about using, crafting, upgrading, and repairing custom items.

The Blacksmith can craft and upgrade materials, weapons, repair stones/artifacts, and armor. The Blacksmith is located at spawn or at /warp crafting. 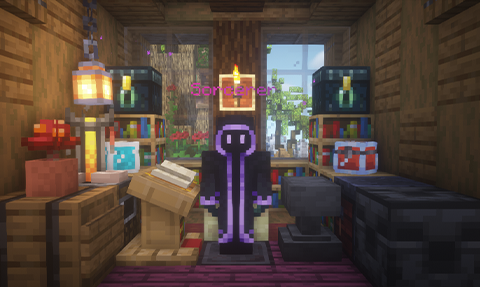 The Sorcerer can craft potions, staffs, wands, catalysts, tomes, runes, and item essence. The Sorcerer is located next to the Blacksmith at spawn.

There are a variety of Custom Item types, which each corresponding to different attributes. For instance, Daggers have a fast attack speed but low attack damage, and Greatswords have a slow attack speed and are two-handed but have a high attack damage. 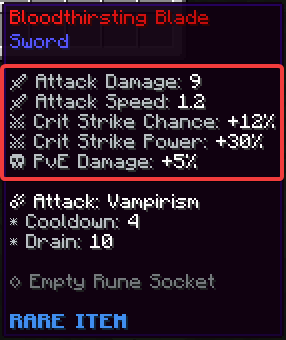 All Custom Items have various attributes assigned to them. This can be seen when you hover your mouse cursor over the item.

All Attributes for Weapons​

All Attributes for Armor and Defense Items​ 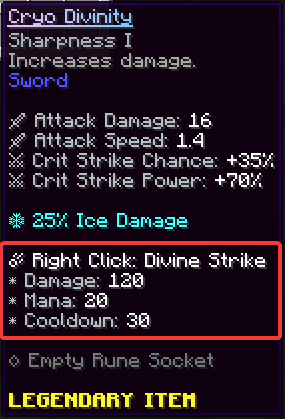 All Custom Items have their own special skills. This can be seen when you hover your mouse cursor over the item. Depending on the weapon, the skill may use mana or have a cooldown. Every skill is unique, so try it out for yourself! 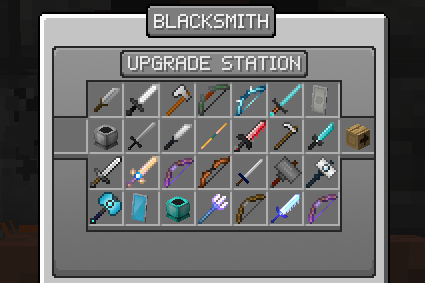 Upgrading an item from the Blacksmith will increase stats on a Custom Item. Items can be upgraded up to 5 times (stars) at the Blacksmith, using item essence and a portion of the item's crafting materials. 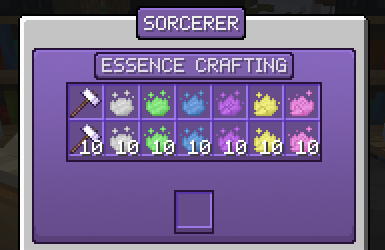 Item essence is used for upgrading items or repairing items. They can be crafted at the Sorcerer using Essence Powder, which is obtained by killing any normal or custom mobs. 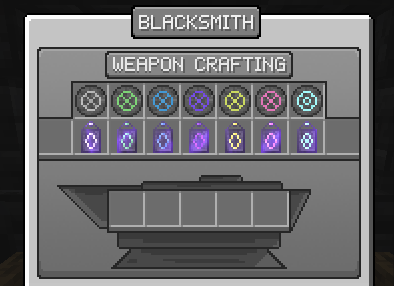 Items are repaired using Repair Stones and Artifacts based on their rarity. Repair Stones only repair a certain amount of durability, while Repair Artifacts fully repair an item. Repair items can be crafted in the Blacksmith.

Runes are used to upgrade stats to Custom Items. Depending on the type of the Rune, it may increase the amount of damage, critical strike chances, and more. Runes are crafted in the Sorcerer.

Here are all the full armor sets ordered by the amount of defense from least to greatest.

Note that this order does NOT take full set bonuses, skills, items, or enchantments which can all affect total defense greatly.

Skipping from an Overworld armor set to the Slate armor set is STRONGLY DISCOURAGED due to the difficulty of the Basalt Deltas. You WILL suffer. You have been warned!